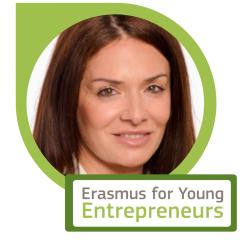 Miriam Dalli, is a Maltese Member of the European Parliament, Head of the Maltese Delegation and Vice-President of the Socialists and Democrats (S&D). She is currently serving her second mandate, having been re-elected with one of the highest votes ever registered inMalta and Gozo.

Miriam Dalli is a lawyer by profession, completing a Doctorate of Laws, a Bachelor in Communications (1998), a Masters in Business Administration (2001) and a Masters in European Studies (2003). Dalli has been identified as "a doer” and an "eco-warrior” by European influencers and is the only MEP listed in the Politico 28 Class of 2019.Between 2014-2019, MEP Dalli focused her energy onissues such as job opportunities, cutting red tape for businesses, EU funding, increased support for women, public health, irregular migration,affordable energy, a cleaner environment and youths.

MEP Dalli played a crucial role in a number of EU legislations such as those aimed at reducing CO2 emissions from vehicles and the use of plastic. As part of her priorities in the European Parliament she is pushing for investment in the European Green Deal, policies which will ensure the industry’s competitiveness and incentivizing sustainability as an opportunity for job creation.