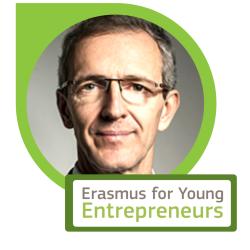 Ivan Štefanec is a Slovak politician and manager and former member of the Slovak parliament. He was the first Slovak person to be awarded a Dale Carnegie Leadership Award, regarded as the most significant management award.

He entered politics in 2006. Coming from a business environment, he became aware of the obstacles and problems politicians caused to businesspersons. Thus, he understood that if he wanted things in Slovakia to evolve for the better, he must do so through a mandate coming from the citizens.

In 2014, he was elected to the European Parliament where, to this day, he is an active member of the Committee on the Internal Market and Consumer Protection. He is the Head of the Slovak delegation in the EPP Group, and he serves as the president of SME Europe and the Brewers of Europe.