This is merely a selection of our success stories.
Want to see more testimonies? Use our search function » 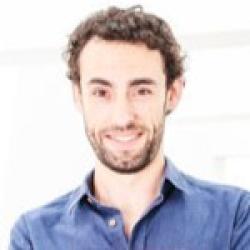 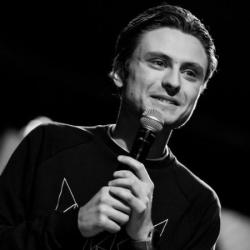 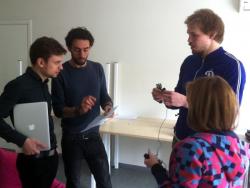 It has been really interesting to work inside such a different culture. Obvious things and behaviours might not be as obvious as one can think and better be open and expectant of these differences if one truly wants to understand and achieve real cultural diversity.


Having Adrián with us during this time has been very useful not only to launch another branch of our agency but also to see things from a different perspective and realise of our own mistakes.

Vladyslav and Adrián had met in 2016 while Adrian was filming a documentary in Kyiv. Vladyslav had just created a Socially Responsible Recruitment Agency with the aim to help Ukraine’s democracy develop further. Adrián, as a social worker experienced in labour insertion projects, was very impressed with the initiative. Years later, after working with refugees in Spain Adrian realised the big cultural differences between the refugees and the local community make their insertion harder. There is plenty of research about African and South American culture in relation to the Spanish but very little is known about the Eastern European. So Adrián who already knew a little about Ukraine decided to become an expert and submitted his business plan to EYE encouraging Vladyslav to host him and work together. He would get an experienced project manager to deal with a new branch of his start-up.

The intention of the partnership was to establish a Polish division of Lobby X in Warsaw replicating the model implemented in Kyiv. Lobby X wanted to attract a politically progressive engaged audience in its social media channels by finding so-called "game-changing” job offers. This refers to jobs in NGOs, independent media and public institutions mainly where the work done has a real impact in the improvement of the quality of a democracy. Adrián was able to identify and contact game-changing employers in order to find what their needs in terms of HR were and offer them the extended network of progressive politically engaged professionals. The activities done were related to the growing audience in social media including a lot of digital marketing communication plans advertising on Facebook and LinkedIn, B2B marketing and other commercial activities. A group of volunteers was set up to help Adrián reach ob