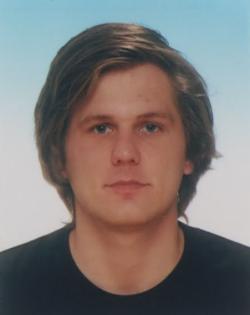 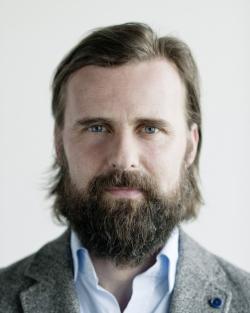 "I am indescribably thankful for Erasmus for Young Entrepreneurs programme. This experience opened my eyes and kickstarted my motivation for future projects and career."

"My Erasmus for Young Entrepreneurs experience was very enriching. We have met very motivated young architect and to help him boost his career was pleasant. I think this mutually beneficial activity helped us to discover foreign market specifications and possibly establish future cooperation possibilities."

Czech entrepreneur, Vít Gerhard graduated in architecture from the Brno University of Technology in June 2015. Few months after his graduation, in November, he went solo and started a one-man architectural practice, "Gerhard Architekti”, in his hometown Olomouc.

He had been running his start-up for only one year when he heard about Erasmus for Young Entrepreneurs from a friend. Immediately, he understood its importance for his business. He thus applied in November 2016 and got in touch Friedrich Passler, the owner of AllesWirdGut Architektur, in Vienna.

Friedrich is a successful architect and entrepreneur. He has been running his architectural studio for more than 15 years and has realized more than 60 projects in Austria and abroad. In his busy schedule, Friedrich also likes to dedicate time to mentor young architects and entrepreneurs.

Eager to meet and work with Friedrich, Vít flew to Austria in January 2017 for a five-month entrepreneurial exchange. In Vienna, Vít who had high expectations about the collaboration, was not disappointed.

On site, the two entrepreneurs, started immediately working on an architectural project "Nordbahnhof”.

A mixed-use building project in Vienna which was already in an advanced state when Vít jumped in the middle of the process. Vít also worked on interior design of the office spaces and was continuously filling in the complex process of the building planning and design.

Vít had also the chance to oversee the construction detail drawings development, which highly helped him to move the project to the next level. Thanks to his contribution, the project complied with the legal framework and notably moved from preliminary design into a detailed project phase.

As Vít also interested in enhancing his knowledge and communication skills, he met some professionals such as contractors, developers and other experts. This has given him the opportunity to get insights into Management and Economics; key competences to enhance his business’ competitivity.

Vít also Knows that a business’ success depends upon the quality and dedication of the workforce, he deepened his knowledge in Human Resource Management a. He learned about the recruiting and hiring process, motivating and leading the staff. And now, he is well aware on how to inspire people and create positive-thinking attitude.

Publics Relations and marketing was an important aspect to develop during the exchange. Thus, he discovered the modern ways of advertising and promotion. Last but not least, he got an overview the management of an office with its economic flow and boundaries.

The best reward for Vít, was the possibility he had as an unexperienced entrepreneur, to collaborate with asuccessful business owner of a well-established and renowned architectural company. This opportuny enabled him to understand the mechanisms of an architecture practice.


Thanks to this exchange, Vít Gerhard and Friedrich Passler not only build a strong business relationship but also a friendship that will in future lead to cooperation.